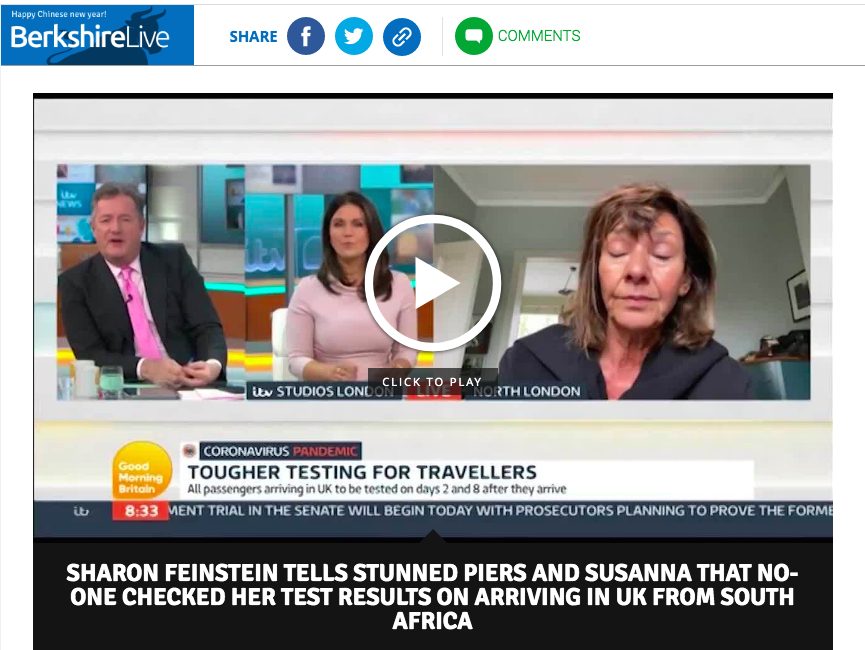 She was through border control in “10 minutes”

A passenger who flew into Heathrow Airport from South Africa has claimed that there were insufficient Covid-19 checks at the border.

Sharon Feinstein, who is now self-isolating in London, said that she was “shocked” to have passed through border control in “10 minutes”.

South Africa is one of the 33 countries on the “red-list” due to concerns about the South-African Covid-19 variant.

This means that only UK and Irish residents can return, however they have to quarantine for ten days.

They also need to have a negative Covid-19 test and a completed passenger locator form.

Speaking about her experience on Good Morning Britain, Ms Feinstein said: “I had my negative Covid test, I had my passenger locator form, I had various other forms they might ask for.

“We were all queuing up then I was ushered towards the electronic booth… I was literally through there in 10 minutes.

“Nobody was there. The people who were there were rushing around saying “into that queue into that queue, that’s for foreign nationals”.

“I was looking around for someone to show my test to – just anything – there was nobody.’”

Ms Feinstein had been to South Africa for two months after her mother was attacked.

A Home Office spokesperson said: “It’s wrong to say that compliance checks are not in place. There are 100 per cent passengers checks from the start of the passenger journey through to arrival in the UK.

“These are conducted by the carrier prior to departure and at arrival by front line staff.

“Airlines are responsible for ensuring all passengers have proof of a negative test and a completed a passenger locator form before departure. All passengers must also isolate on arrival and they can be fined if they do not comply.”