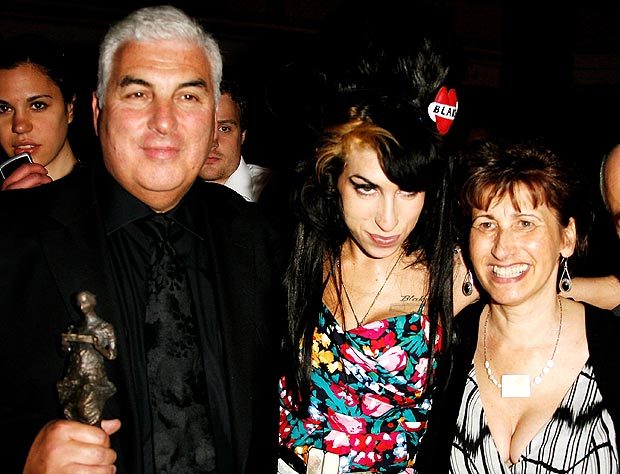 THIS is the summer Amy Winehouse should have been throwing a party like no
other to celebrate her 30th birthday.

Instead, her grieving family are preparing to face the second anniversary of
the tragic singer’s untimely death.

Heartbreakingly, mum Janis insists it is no surprise her daughter is no longer
with us — as she never expected Amy to make it into her fourth decade.

In a touching interview with The Sun, Janis, 58, says: “When I think Amy would
have been 30 this year, it doesn’t feel right.

“I’m not saying I always foresaw this but I wasn’t surprised.

“I couldn’t see Amy as an older person. She was this young girl who exploded
into the world like a firecracker and then it was, ‘OK, I’m done — I’m off’.
Amy was never meant to be 30.”

Janis’s grief is still fresh and painful — but her eyes light up when she
recalls Amy’s childhood.

The retired pharmacist became a single parent when husband Mitch left the
family home when Amy was just ten. Despite the many happy memories, Janis
admits that life with her daughter was always a battle.

Janis — who suffers from multiple sclerosis — says: “Amy ruled the roost. Her
brother, Alex, is like me in that he steps back.

“When Amy was ten, she took over. Mitch left and Amy became the dominant
character in the house.

‘Amy would get a KFC and spit it out’ “I screamed and cried but Amy never
listened. I couldn’t get her out of bed for school.

“Her schooling was very fragmented because she just switched schools when she
wanted.

“I don’t believe there was any one point where you’d say, ‘This is where
things started to go wrong for Amy’.

“It was just the life she led and I was no match for her.

“Eventually I stopped lying awake at night worrying and accepted that I
couldn’t do anything.

“I didn’t punish her because she could override whatever I did. She was too
strong for me.”

Due to her condition, Janis now walks with a stick and tires easily.

She has been with her husband Richard Collins, 62, for four years and he is
now her full-time carer.

But when it comes to talking about Amy, Janis seems to draw on a residual
strength.

As her eyes mist over, she says: “Amy used to squeeze me and hug me so
tightly. I miss that so much.”

But Janis also has plenty of difficult memories of her wild daughter — who
started drinking spirits aged just 14 and spent years on crazy diets that
made her sick.

She says: “Amy would help herself to drinks at bar mitzvahs, weddings, you
name it…

“Instead of wanting to meet the boys, she was bored and wanted to leave.
Parties bored her.

“What did she enjoy? Singing, writing, reading about jazz singers Ella
Fitzgerald and Sarah Vaughan.

“Her attitude to food was also very upsetting because she was always trying a
dreadful diet.

“She lost 2st until she was stick thin, like a concentration camp victim. I
don’t know whether I would have been a different mother if I hadn’t had MS.

“I would certainly have had more energy and more fight against Amy.” Janis is
convinced her talented daughter, who won countless awards for her haunting
vocals and unique songwriting, was never going to lead a normal life.

She explains: “Of course I wish she’d married, had kids and been that
archetypal Jewish girl, but that was impossible. Everything was like a
story, a chapter unfolding.

“She had absolutely no interest in money. If I told her that I was using her
money to get something, she’d say, ‘I don’t mind, take it’.

“Her house wasn’t beautiful. It was just a building, somewhere to live.

“There was a black and white kitchen and very sparse living room.

“But that could be down to me. I didn’t teach her how to make a home because
I’m not a homely person. It’s just where I sleep at night.”

Although she often appears calm and detached, Janis’s voice falters when
she talks about the approaching anniversary and how she longs to hug Amy one
last time.

She says: “I’ll light the candles on July 23 but for me every day is like the
day she died. I believe one can choose to enjoy life or not, so I try to
move on and be positive otherwise I would be in a heap.

“I step back, look at life and think, ‘OK Janis, just keep going’.”

Choking back tears, she adds: “I lie in the bath and listen to music, cry most
days and think of Amy. What I miss most is her hugging and kissing me. She
was always telling me she adored me. I’ve found some Mother’s Day cards from
when she was 13.

“The words are telling. ‘Mummy I’m so often naughty, but I love you so much’.”

‘Mitch’s behaviour is about grieving’ Janis has thrown herself into work for
both the MS Society and the Amy Winehouse Foundation, set up by dad Mitch to
help drug and alcohol addicts. Janis is still on good terms with her taxi
driver ex — but admits they had a difficult relationship when Amy was
younger. Janis says: “I’ve often felt Mitchell thought Amy was born by
immaculate conception — I didn’t even come into it.

“I had two massive personalities in my life — him and Amy — and I was squashed
so I stepped back and did my thing. I became a born-again student and made
my own life. That was the only way I could survive.”

Mitch has released a memoir of his daughter’s life — Amy, My Daughter —
recorded an album of his own called Rush Of Love and is frequently snapped
at showbiz events. But Janis insists he is not cashing in.

She explains: “Mitch’s behaviour since Amy’s gone is about grieving.

“He is really hurting. He’s turned everything to the foundation so he’s doing
good. He’s publicising himself as well but that’s Mitch, bless him.”

In September, events organised by the Foundation will mark what would have
been Amy’s 30th.

Janis says remembering Amy often helps ease the pain of her death — but can
never take it away.

She says: “Amy was getting there. She had kicked the drugs but I also know she
was bored — bored with doing the same gigs and same music.

“I would definitely say Amy was bored with life “I believe in life after death
and that when Amy passed she probably met with her grandma, who said to her,
‘You see, I told you this would happen! I told you to stop your mad way of
life.’

“And Amy probably said: ‘Oops, I didn’t mean to do that’.

“I think she surprised herself. She probably thought she was immortal.”