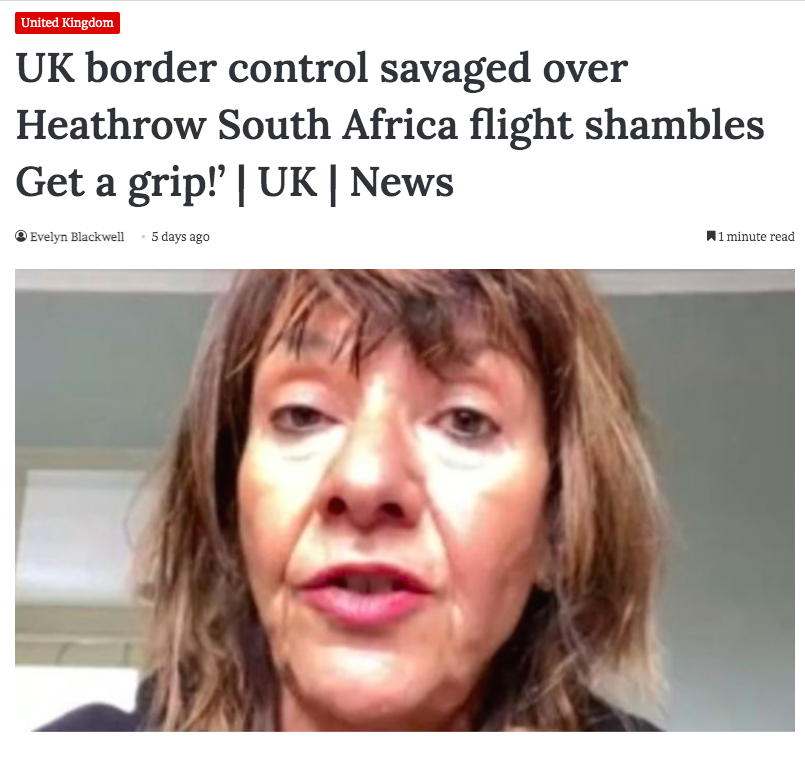 Freelance journalist Sharon Feinstein claimed she was able to get through border controls in 10 minutes with no checks. She insisted the UK needed to get a grip on this to help stop the spread of the South African coronavirus strain across the country. Boris Johnson has been urged to toughen border controls after Ms Feinstein wrote in the Daily Express newspaper explaining her experience getting back into the country on Monday.

While speaking on Good Morning Britain she said: “I was shocked, I had everything ready and I fully expected for it to take around an hour.

“I had my negative Covid test and I had my passenger locator form, I had various other forms that they might ask for.

“We were all queuing up and then I was ushered towards the electronic booth and I was literally through there in ten minutes.”

DON’T MISS: Andrew Neil hits out at French use of ‘variant Anglais’

“I was looking around for someone to show my test to, just anything but there was nobody.”

Ms Reid said: “Are you now self-isolating and have you had a call from the Government?

“Ms Feinstein said: “I am self-isolating but no I haven’t had a call but I did only arrive last night, let us be fair.

“British Airways have cancelled all of their flights and they are allowing you to transfer to Qatar.

“So I had a very long flight and I had a five-hour wait in Doha, I sat there and then I came here.”